FIRST: "The neophyte is placed within a cell and allowed to commune there with his own Holy "I AM" Presence - endeavoring to contact that God Self and to develop within himself a humility before It. Within this first great Temple, under the direction of the Great El Morya and His Assistants, comes the DISSOLVING OF REBELLION. Rebellion within the lifestream is the feeling which brought every man and woman from a state of Grace and constant communion with the God Self. Rebellion took Lucifer from the Heart of Heaven, and the rebellion against discipline and self-correction is a BARRIER to real spiritual progress. It does not mean that one should assume servility to any human self, or submission even to the Will of the Master, but the QUALITY OF REBELLION that is within the consciousness must be melted away. We have various ways and means of drawing out of the dormant consciousness those qualities, and a good number of our candidates removed themselves from the Temple before passing through this first initiation. That is why I have set into motion at Inner Levels those currents which will bring forth particular melodies to dissolve REBELLION in the feelings - rebellion against limitation - rebellion against conditions. Let Me point out that it does not require SUBMISSION to limitation, but a constant alert awareness setting into action the Law which is in your hands to remedy conditions and to keep you harmonious, peaceful, and constructively employed during this process." 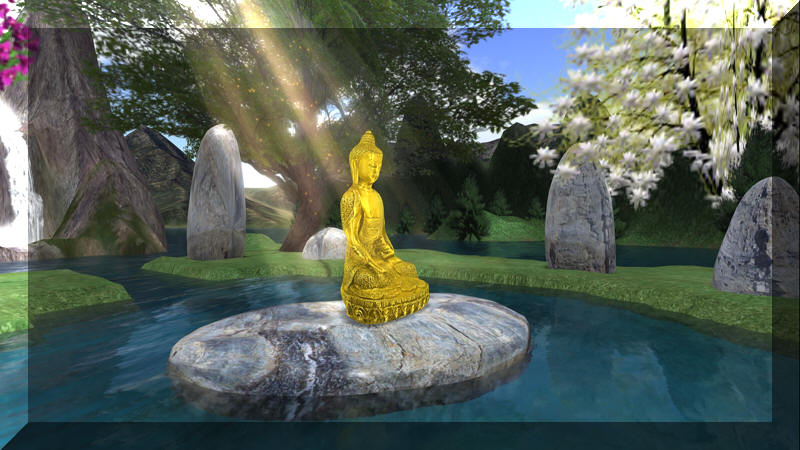 SECOND: "Those few who pass from the First Temple are taken into the Second Temple known as the Temple of Learning. Here, under the direction of Lord Lanto and the Brothers of His Order, they are given instruction in the Law. They develop understanding of the Law of Cause and Effect and all those Laws which you are presently studying. It is a pleasant and happy time - a time of the sowing of the seeds; a time of the breathing of life upon those seeds and bringing forth a harvest in works. It is a time when the artist develops his skill, the musician his dexterity of musical accomplishment at a time when the teacher becomes eloquent in the capacity to convey knowledge and stir enthusiasm in the students; when the statesman gains the vision similar to that in the founding of the United States of America. It is a time when all that is GOOD develops and grows; and the enthusiasm of the Brothers and Sisters is tremendous."

THIRD: "From this initiation in the Second Temple, most pass successfully into the Third Temple under the great protection and guidance of Lady Rowena (formerly this service was rendered by Paul, the Venetian, Who has now been elevated to the Office of (Maha Chohan). Here again, we come to the discipline of LIVING WITH OUR BROTHERS - of becoming 'our brother's keeper'. The neophytes are placed in living quarters with lifestreams who have within themselves those tendencies which are particularly aggravating to the others. Here again the numbers dwindle, and with great feeling of relief, the neophytes rush for the door and leave Us. It is unfortunate, for to live with one's fellowman is one of the greatest tests of the unascended state. Although the graciousness, the beauty, the kindliness of this great Brotherhood are so great that they would melt a heart of stone, the discipline which is required in learning tolerance and understanding is such that few survive."

FOURTH, "From the above, We move into the Fourth Temple which is My Temple. This is the first personal contact that I have with the neophyte since the entering of the lifestream into Our Retreat. It is the time when the neophyte must, for the first time, draw forth enough Purity to see his own Holy Christ Self face to face. It is an initiation when the Master Himself must stand within the aura of the initiate. It is a time when many nefarious presentations from within the inner bodies come to the consciousness of the student; where the 'many voices' speak; when only discrimination, prayer, selflessness and humility can discern the Voice of the Silence. It is a time when, if possible, the ego is inflated and the voices speak of great things the SELF shall do. This is the time when SELF is shorn of all egotism, subtle and apparent, and after passing through this initiation (during which I stand within the aura and pray the prayer of My Heart to God) the lifestream is ready for the consecration."

FIFTH: "When the ever-dwindling numbers enter into the Fifth Temple under the great Hilarion, We come to the beautiful Festival of CONSECRATION. We dedicate the Priests and Priestesses of the Flame - the Sacred Fire - here. Up to this point, they are not permitted to tend the Flame or officiate at the  Altar; they are the congregation, the supplicants, the neophytes with the shaved heads, the linen garments, bare Feet, and hopeful hearts. When they enter the Fifth Temple, having passed through the initiation of joining the Christ Self in humility, selflessness and service, they are ready to have the garments of CONSECRATION - the Vestments placed upon them; the golden sandals on their feet; the silken garments upon their bodies. Then the great Hilarion, the Archangel Raphael, or One of Their Court, performs the Service of Consecration. The Light is consecrated before It enters the body. The Emotional Body is consecrated and made visible to the entire assembly. Then the Etheric Body and the Mental Body are consecrated, and after those inner bodies are so blessed, every one of the senses is consecrated by the presiding Priest and by Myself. It is a magnificent Ceremony, and it shall one day be woven into your ceremonies of the future before the lifestreams go forth in more than ordinary service. Then there is given the consecration of the hands through which flows the Flame of Healing; the consecration of the feet which become the anchorage of the Sacred Fire wherever that body moves; the consecration of the lips to speak the Sacred Words which invoke and command the manifestation of precipitation and healing powers; the consecration of the energies through the eyes that enable the lifestream to see only Perfection and call it forth.

The Priests and Priestesses, magnificent in Their robes - each one representing the Ray which is the natural activity of the lifestream, are assigned to the Temple worship. Here they serve for shorter or longer periods - some going no further than this initiation. Many of you have remained the Priests and Priestesses of the Sacred Fire during an entire embodiment because, again, when you come to the Sixth Temple, the initiation in SELFLESSNESS AND SERVICE is such that many do not choose to incorporate their energies in a mission that might not be successful and lose the accumulated good which brought them to the Temple worship."

SIXTH: "In the Sixth Temple, the Brothers become ministering mendicants - leaving Luxor to test their Light in the world of form. The beautiful Vestments are taken from their shoulders and folded away; also the silken garments, the magnificent head-dress, the Jewels of Light, the Scepter of Power - all are removed. Clothed again as a wandering beggar, the ministering beings, under the Devotional Ray, go into the world of form WITH NO CREDENTIALS and with a VOW OF SILENCE. There is no way to make even the spiritually alert and worthy know of their qualifications except in the expansion of their own Light which, through the eye, the gesture, the radiation, and the aura, have to render the service of expanding the Light and encouraging the Ascension within those they contact.

"Here I lost you many times. Many times you went forth 'to set the world on fire'.  Many times I saw your receding backs as you walked down the steps, out the door, and the sands of the desert claimed you - and only too soon thereafter - the senses. Yet it is all part of evolution, and We are not allowed, by Law, to feel any pain. Yet We can feel added Happiness when you return - as here you are today!"

SEVENTH: "Those who do return, and have through the ages, bringing back the sheaves of their service in the world of form, are ready to enter into the Seventh great Temple, and in the action of the Violet Fire, every atom and cell of their being becomes a ceremony of externalizing God's Will. They become, each one, like a window through which the God Life flows without impure qualification of any kind except to expand the borders of the Kingdom. Each one is like a fountain which has neither form nor self, and in this cloister they remain until the close of the Earth span and the Ascension from My own Arms and Heart is assured.

"Your life today in the world of form is subjecting you to much the same initiations as I have described, and you can measure yourselves, your successes and your failures without the promptings of a Guru, knowing within the honesty of your own heart wherein you are already Master. In this way, each man becomes his own teacher and you pass through the Ascension Flame into the perfection of the great Priest or Priestess of Ceremonial and at the close of your Earth life shall have your Freedom!"

These are the Temples we are visiting, when we are ready, during the sleep of our bodies to learn the lessons necessary for our individual ascension. In our day to day activities we have to practice and APPLY these divine qualities.